Bring back my bones 4k in TOP 5!Print page 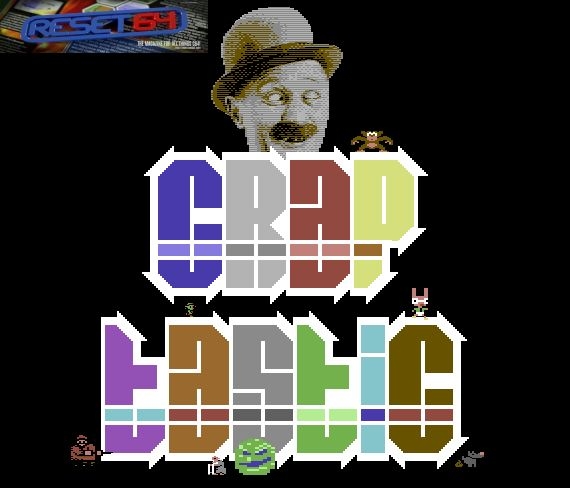 I wanted to share some good news! The results of this year's contest for the four-kilobyte Reset 64 'Craptastic' 4k game have been announced! Bring back my bones 4k, which I submitted to the competition, is in the top five!

38 productions took part in the competition, among them many really great ones you can spent long evenings playing. Let's take a look at the jurors' verdict. The winner is a 2-button game called Fall by Megastyle. Mega-congratulations! The arcade game Dots by James came second, followed by Jumpin Jalopies (Megastyle again!) and a combination of Pac-man and Bomberman: RodMän Jr by Misfit.
Bring back my bones 4k shared the fifth place with a really nice puzzle game titled Hose It Out, written by Oziphantom. I don't see a problem sharing my cake with Oziphantom!
One of the most fun (in my opinion) games in this competition, Orcapult by Puddlesoft, ended up sixth. Avoid (the second game from James) landed on the seventh position. The last three games in TOP 10 are: a space exploration game Star Lair by Malcontent, crazy SWYD (Megastyle the third time!) and Blockheads written by Carleton Handley, a game with mechanics similar to Dots mentioned above.