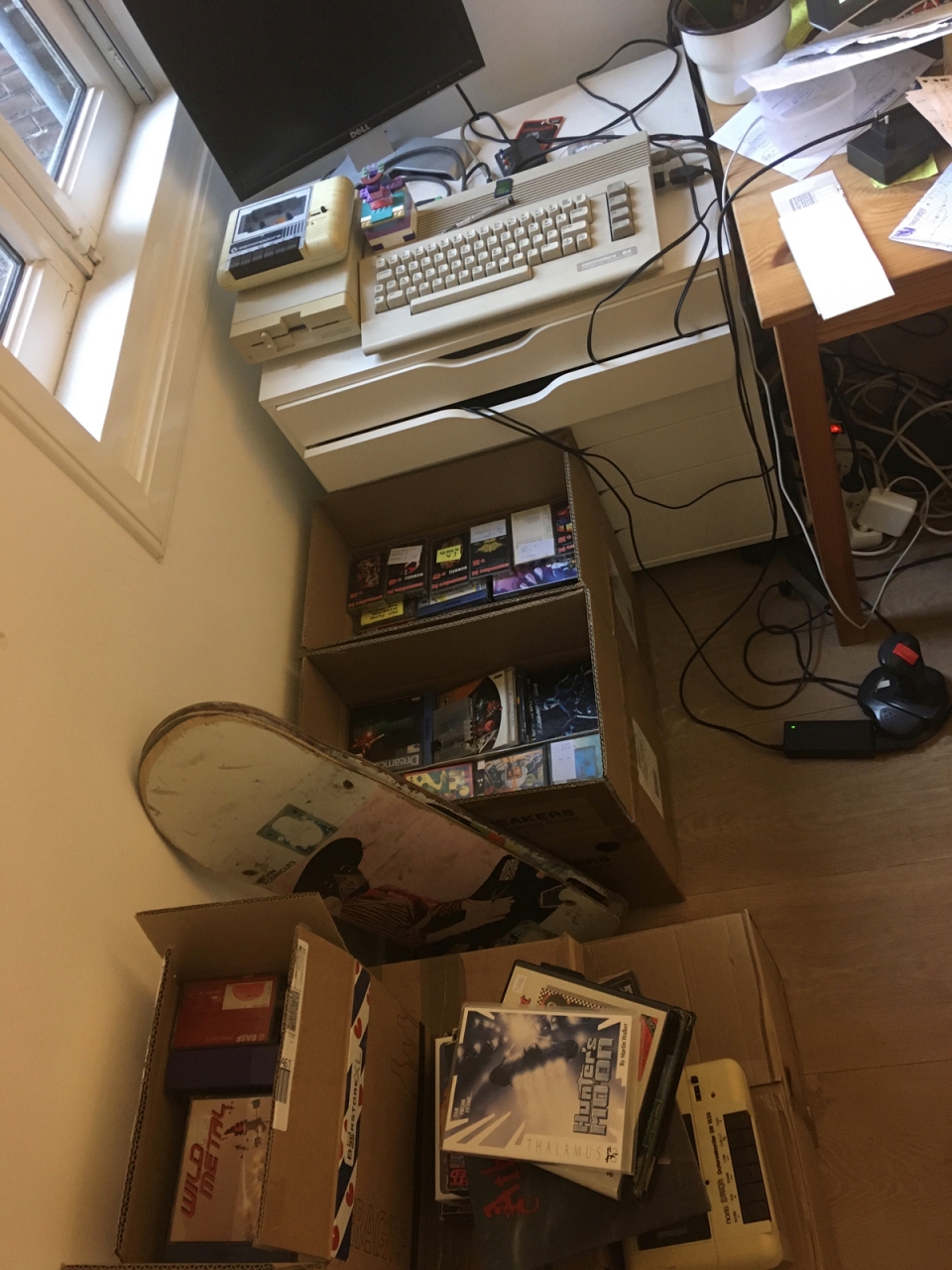 Once again, change of Commocore HQ

Happy New Year, everyone! It's high time for a summary of last year at Commocore! Let me tell you what I've been up to... I also want to share with you what are my plans for the first part of 2021.

At the start of 2020, I got back to working on Meonlawel, cRPG game I've been working on for at least the last 100 years. As the whole engine of this project was still in pieces, I finally said to myself it was time to commit to putting all the pieces together. I really wished to get to the point when I could say: "Ok, the engine is there, let's move forward and write an actual story!"
In the meantime, around April, Scream Jam started on itch.io and I really wanted to be a part of this contest. And hey, it was about making a horror game. This sounded terrific! I started to work on a game project called The Third Messenger. The scenario and the idea were completed, the scope of the game quite well designed and limited to something achievable. Then, I got the engine fully working in JavaScript, and the story and ideas fully incorporated into the code, with the majority of graphic placeholders. What I didn't realize was how much time it took to actually do pixel art. I had never watched the clock before when doing such things, why would you do that for a hobby project anyway? As I was suddenly running out of time, I did some rough estimations, multiplied by the number of graphics I had to make... and then I realized I wouldn't make it before the deadline. I failed to finish the game in time but I had tons of fun, really. What's even more important, I gained great experience by prototyping, designing, and creating a complete scenario of the whole game in the very early phase of the project. If you're interested, I created a short post mortem called "No Scream!" here. I'm still planning to finish this game as I really love the idea I created, but I decided to freeze it. I might get back to it in the middle of 2021.
As I lost momentum with The Third Messenger,  I got back to Meonlawel where turn-based battle stages were still disconnected from the world wandering stages, night didn't come after dusk, and every piece was practically disintegrated.
And then, procrastination came into play. When I found about the Reset64 'Craptastic' 4k game compo, there were only 3 weeks left before the deadline. But I already knew I wanted to commit, and finish something this time. This is how Bring back my bones 4k was born, a game which ended up in the TOP 5! If you're interested, you can read this small article I wrote about making this game.
In August, all pieces of Meonlawel started to work together and I decided to announce the scope of the first milestone with the goal of releasing the first playable demo at the end of the year. I created a list of features and then followed the plan quite smoothly. Ideas started to turn into code easily one after another. At some point though, when I started to play the demo, I noticed that I covered gameplay which could hook you at most for about 15 minutes, not more. It wasn't a demo I wanted to show. I quickly realized I was missing the point. The thing is that in the demo you could only fight and explore some parts of the world. And yes, this gives a general idea about the look and feel, but the gameplay wasn't really there. The missing link was the lack of the ability to replenish the player's energy. And how would you fix that? What about using some items or magic? This is a good idea, but in both cases, the engine is still missing those important bits, which I originally planned for later. This is what the game should be about: exploring areas while cutting down hordes of enemies to find some items, collecting or buying them, and then continuing the exploration. So, the basic inventory system was added to the scope of the first milestone. And still, after extending the scope, I felt I could accomplish all my goals in 2020 as the progress was really promising...
But in the meantime, life stuff was happening...
And there is only good news, no worries, please stay calm. The main drain of time and energy was the fact, that for at least 4 months, I was looking to buy a house. And after these 4 extremely busy months, my wife and I have finally found one in Rotterdam! As you probably know from the older post, I moved to Amsterdam in 2018. After 2,5 years of living in the Netherlands, we've decided to stay in the country but change the city. Rotterdam is really inspiring for us. We're going to move there in February, so very soon! In the meantime, I've also gone through quite exhaustive process of looking for a new job. And finally, I've got a new one. I'm currently in the process of changing it as well, so a lot of good things are happenning. I'll keep you posted about the new place of Commocore HQ!
Entering 2021 wasn't easy though, and with the pandemic on top of that, even harder. But I hope you're all fine as well, and that 2021 will be way better for every one of you! In a few days I'm gonna release a small surprise, a game I created during a short break I've taken from other projects (have I forgot to mention I'm a heavy user of procrastination?). It's a game for The C64 'Cassette 50' Charity Competition I've just finished but haven't found a title for yet. I'll keep you posted! Wish you all the best, all the mega Commodore 64 power to you!
Next >>
2021-01-18 Ms Lily's Haunted Shop game released
<< Previous
2020-10-05 Bring back my bones 4k in TOP 5!