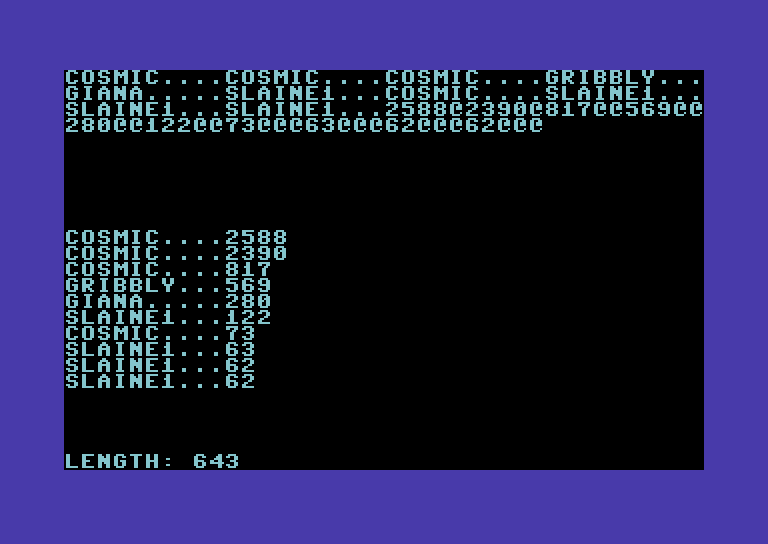 Client in action. From the top: table in memory, output parsed by 6502 JSON Parser, length of the HTTP response.
You can check the repository here: https://bitbucket.org/Commocore/wic64-http-client
It contains the following examples:
This repository is a continuation of the HTTP client for RR-Net connection solution I made before.
If you're interested to use JSON in your response, you can easily parse it on Commodore 64 with the 6502 JSON Parser library.
You can read more about WiC64 Wireless interface here: https://www.wic64.de
And, check the game that facilitates all that goodness: CommodoRex.

Check out the videos how to assemble and use WiC64 in practice: