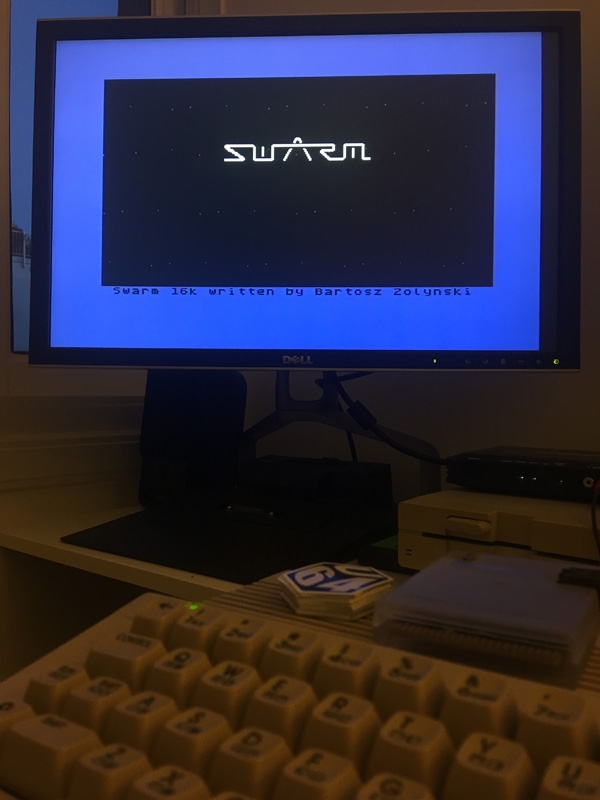 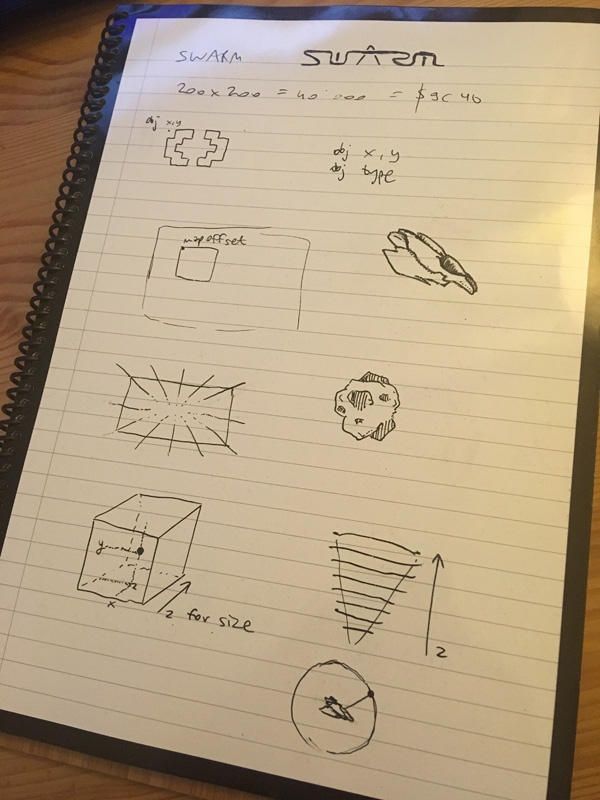 What about a brand new Real-Time Strategy (RTS) game for your Commodore 64?

There are only a few RTS games for Commodore 64 so this is another contribution to this library. Commocore is proud to present a first game ever released, the game we didn't mention due to the fact that we wanted to finish it before the deadline of RGCD C64 16KB Cartridge Game Dev Compo. The future was uncertain even 3 days before a deadline when I wanted to post some details, but then I didn't find time to do so. To give you some idea about the pressure in the very last days, I will share this post anyway in the draft version below. But, at the end, Swarm 16k is finished and I'm happy to get some feedback about the game. You can download it for free from here.
"Only three days left to the deadline of the RGCD 16KB Cartridge Game Dev Compo 2019 and the game I am currently working on is almost finished. The name of the game is Swarm, and it wasn't titled this way by accident. The main drive was the challenge to create a program where the player can control a decent number of units and still have a good gameplay experience regarding the frame rate. I end up with the result of control over 100 units by a player and another 100 by the AI opponent. In the worst-case, all objects' operation update cycle can take up to 2 seconds, but on average, this time is half a second.
The game is set in outer space where you have to discover, conquer and protect all asteroids in the area and expand mine resources. The game uses fog of war aspect as a player can see only the area around his own units and asteroids.
Some small details are still missed and I know it's not a good sign, but I will manage it. Bugs chasing and game balancing are still on the list but it's definitely the first game going to be released from Commocore in the following days.
Just yesterday I've compiled the whole binary into the cartridge image and there are only 300 bytes left after crunching the binary, but hopefully, the following optimisations will help. Some of the features are missed in this version due to memory limitations but still, this version brings a complete gameplay experience."
Nasze projekty
Swarm
c64unit framework
CommodoRex
Cryme
Steel Duck
U.S.S.R. League
Meonlawel
Circus Tom